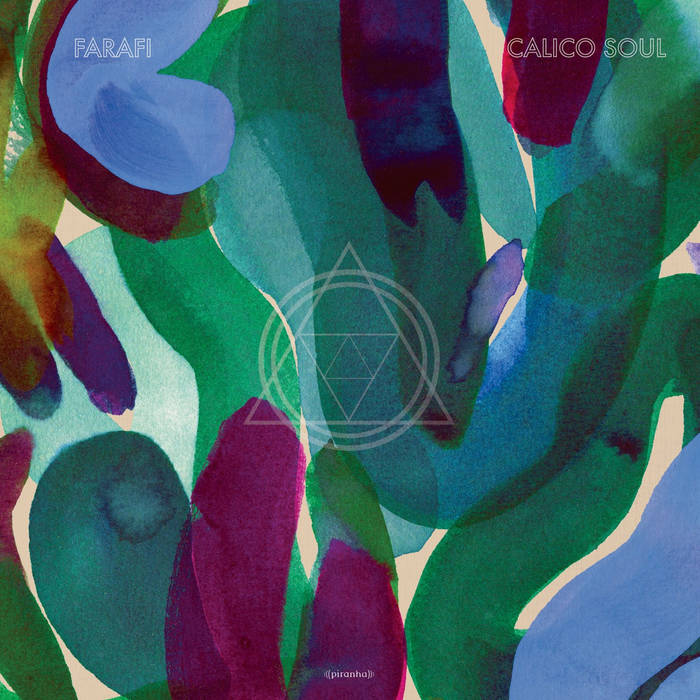 Born on the streets of India, with roots around the globe, Calico Soul is the debut album of Farafi. A nomadic duo, whose music is based on authentic vocals and percussive sound. Joy and Darlini have drawn inspiration from their travels to create an eclectic collection of sounds inspired by traditional African, Middle Eastern, Indian and Western contemporary music. Their songs vary from heartfelt to upbeat dancing styles. Farafi sing in their own language as well as several African languages, showcasing limitless ways of creating, to reach the depths of all humans.

Darlini: "We met in the state of Goa on the West coast of India, in a little town called Arambol. We first sang acapella, just the two of us. In Arambol, people meet easily and come to create spontaneously. Over time a vibrant platform of international artists joined in and brought their colours to the project." Joy: "The friends I made in this magical place are still very close to me. In fact, many of them are featured on this album and continue to support us throughout this adventure."

Darlini Singh Kaul and Joy Tyson were raised by musical families. Right from their childhood, they were keen on visiting unfamiliar worlds both in real life and their imagination. Darlini was born in London, with Indian-French roots. She went to a French conservatoire, later on, she studied theatre and dance in the UK. Joy, whose family comes from Eastern Europe, grew up in Clearwater, Florida. When she was 17, she moved to the West Coast to raise dairy goats and study sustainable living in a community in California. The two women were united by their shared love for African music. From their early beginnings in Goa, they were surrounded by an enthusiastic community of musicians who explored different music traditions, such as Indian classical, Turkish and Arabic maqam. Of course, they were inspired by Western jazzcats as well. When it came to naming their band, the duo drew inspiration from the West African Bambara term ‘Farafina’, meaning the ‘land of the black skin.’ In addition to their own, wildly creative ‘farafish’ language, African vernaculars are key to Farafi’s way of singing.

Joy: "We resonate with the phonetics of Zulu, Xhosa, Swahili and Yoruba. We often translate English lyrics to multiple languages, and then look at what phrasing fits best for what we have to say." Darlini: "When I was a kid, I felt limited by English and French. As I started to sing African songs, a language I had no intellectual reference to, it made me look at the notion of invented languages as a tool to compose purely on a phonetic aspect. This allowed me to express feelings that were beyond a language and sing straight from my heart."

The heart of Farafi is a duo, with both women singing. Joy plays the cajon, Moroccan krakebs and frame drum, Darlini the West African ngoni, the kashaka and Indian ghungroos. There are exhilarating percussion tracks such as Ey Budida and enchanting acoustic ballads like Sembere. Farafi can extend to as much as a live eight-piece band, creating songs like the female warrior chant Djanya Wofu, an unadulterated blues power. Darlini and Joy encourage every listener to feel the beauty of expression and celebration, with a natural power that resonates in the album title Calico Soul.

Darlini: "Calico is a fabric from southwest India. It is made from not fully processed cotton, resulting in a raw quality. Just like our music." Joy: "We bring our unprocessed selves to serve the music. Weaving together the magic and inspirations of many different cultures, people and places on our way."

Joy and Darlini have travelled the world. Now that they consider Berlin their new home, they teamed up with local label Piranha Records – Kreuzberg’s outpost to send messages from the global underground. After two official bootlegs, the time is right to release Farafi’s debut album. Calico Soul is the poetry of two free-spirited women, joining their voices together with a world-bound, cosmopolitan sound. Calico Soul is a timeless message of hope, togetherness and freedom.

Born on the streets of India, Farafi is a nomadic duo whose music is based on authentic vocals and percussive sound. Joy and Darlini have drawn inspiration from their travels to create an eclectic collection of sounds inspired by traditional African, Middle Eastern, Indian and Western contemporary music. ... more

Bandcamp Daily  your guide to the world of Bandcamp